July 10, 2020
I bought a batch of Quar from Zombiesmith. They are basically alien anteaters, with a WWI level of technology. My plan is to use them as the core of a Five Parsecs From Home campaign. On a whim, I got the medieval/bronze age Ehn'k'du as well. I was excited when I received him that he had a separate shield, which gave me a lot more customization options. My first thought was to use him in my Rangers Of The Shadow Deep warband, but as a Recruit, he would not have a shield at all. So here is Ehn'k'du the Recruit, sans shield (for now.) 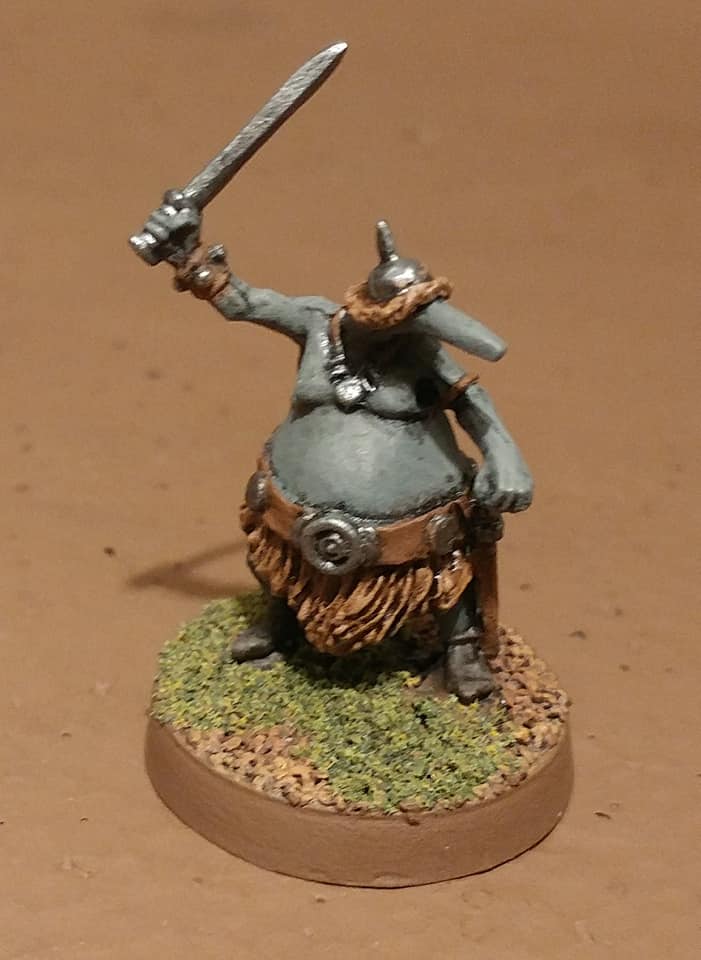 Ehn'k'du can be purchased here.

Popular posts from this blog 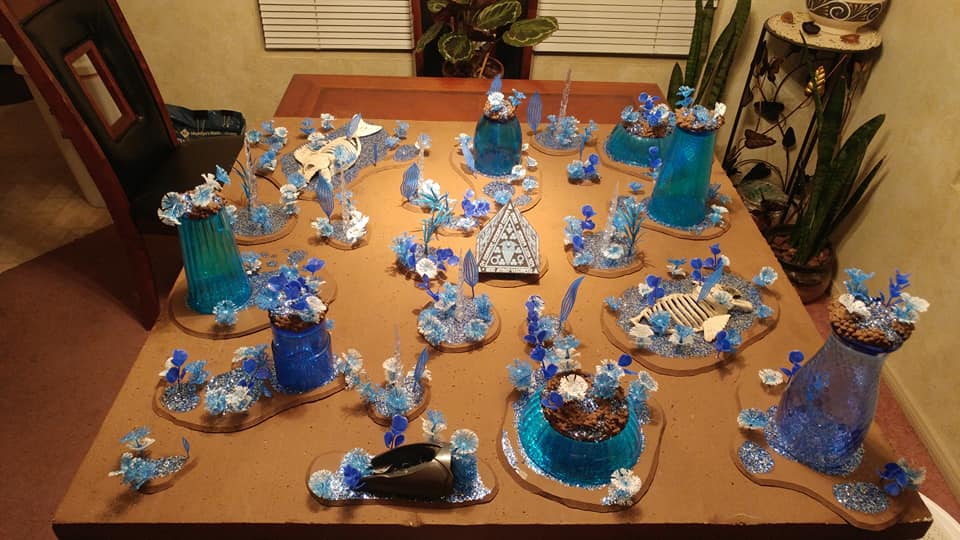 I like to have a variety of alien terrain for my science fiction gaming, When I look around the internet, I really only see five flavors of such outside of professionally produced products: earth-like vegetation (grassland, forest, jungle, lots of green everywhere,) desert, ice, ash waste, and magma. I wanted my alien worlds to look a little different. And my first stab at that was my sweeping expanses of pink fluffy goodness for my toy soldiers to fight in. But I wanted more, not just pink. And so I decided on the Blue World. What follows is the entirety of my Blue World terrain. The first two pictures are the same layout of my terrain pieces from two different angles. It is enough to pretty much cover the 3' x 3' gaming table I normally use. It will be a little less dense on a 4' x 4' table, and sparse across a 4' x 6' table like is used for a full-size game of Warhamster 40,000. The nice thing about this much terrain within a theme is that I can
Read more 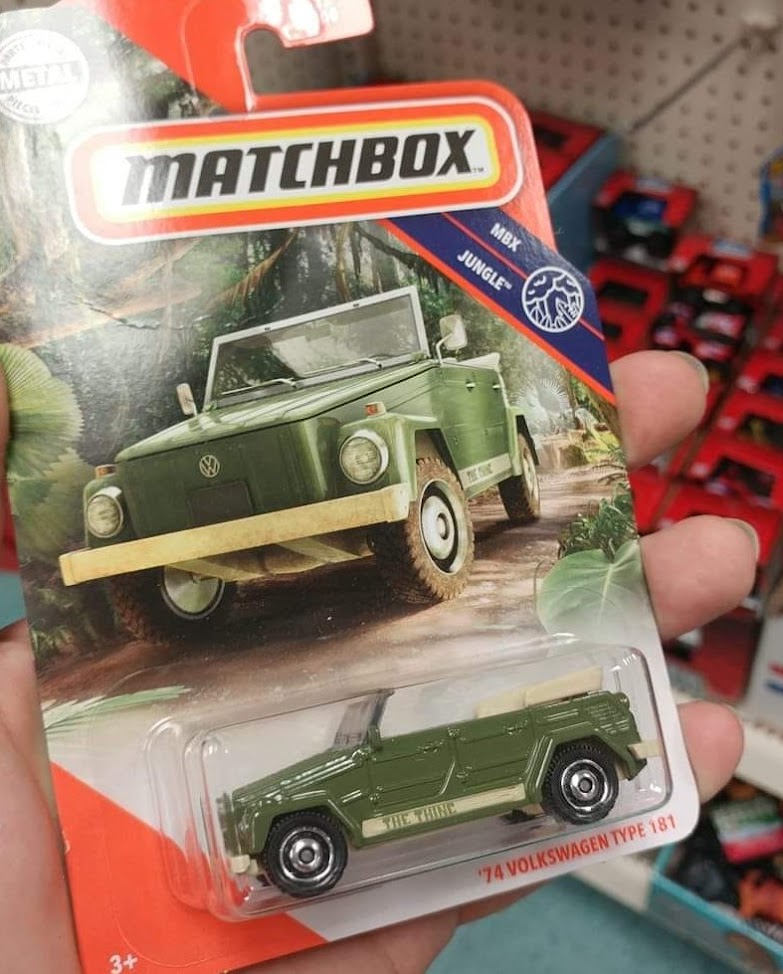 OK, so a while back I bought a Matchbox car of a 1974 Volkswagen Thing for a dollar, just to see if it was the right size to be a Kubelwagen for background scenery in 28mm WWII gaming. I measured it, and it is 1:58 scale while 28mm is normally considered 1:56 scale (thank you, Warlord Games for standardizing this!) So, close enough for a scenic item, am I right? I know the front end is all wrong, but it should be fine for a bit of background color. It took me a couple of hours to get painted, but I think it turned out well. I need to acquire some decals at some point, and get the windshield frame painted (my hands are too shaky tonight to fo that.) Maybe steal a matching wheel from another toy car to throw on the hood as a spare. But it's finished enough for now. My DAK infantry models are from Artizan Designs, but are still unpainted. Instead, I have a British soldier from the same range shown for scale. The vehicle looks the right dize, with the top of the door being just a
Read more 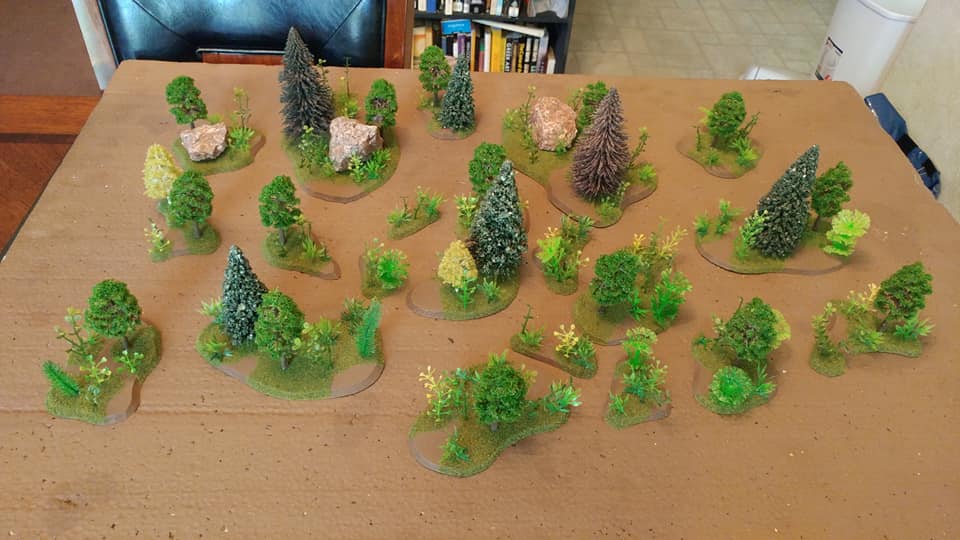 I have completed another 20 pieces of "Temperate Forest" terrain for 28mm wargaming. I have used a variety of materials, from unflocked Christmas Village trees to product ordered from overseas to aquarium plants to stuff found in Ikea and second stores. It's nice to be finally done with all of these, I feel like I have been collecting this stuff for over 15 years now (which is true, I bought some of the trees while I was managing at Dollar Tree.) These are the terrain stands I completed today. And here is all of the Temperate Forest together. As I play on a 3'x3' game board. this gives me enough to cover pretty much the entire thing. If I leave some open areas, I can run multiple scenarios have different combinations of forest stands every time. Thank you for reading!
Read more